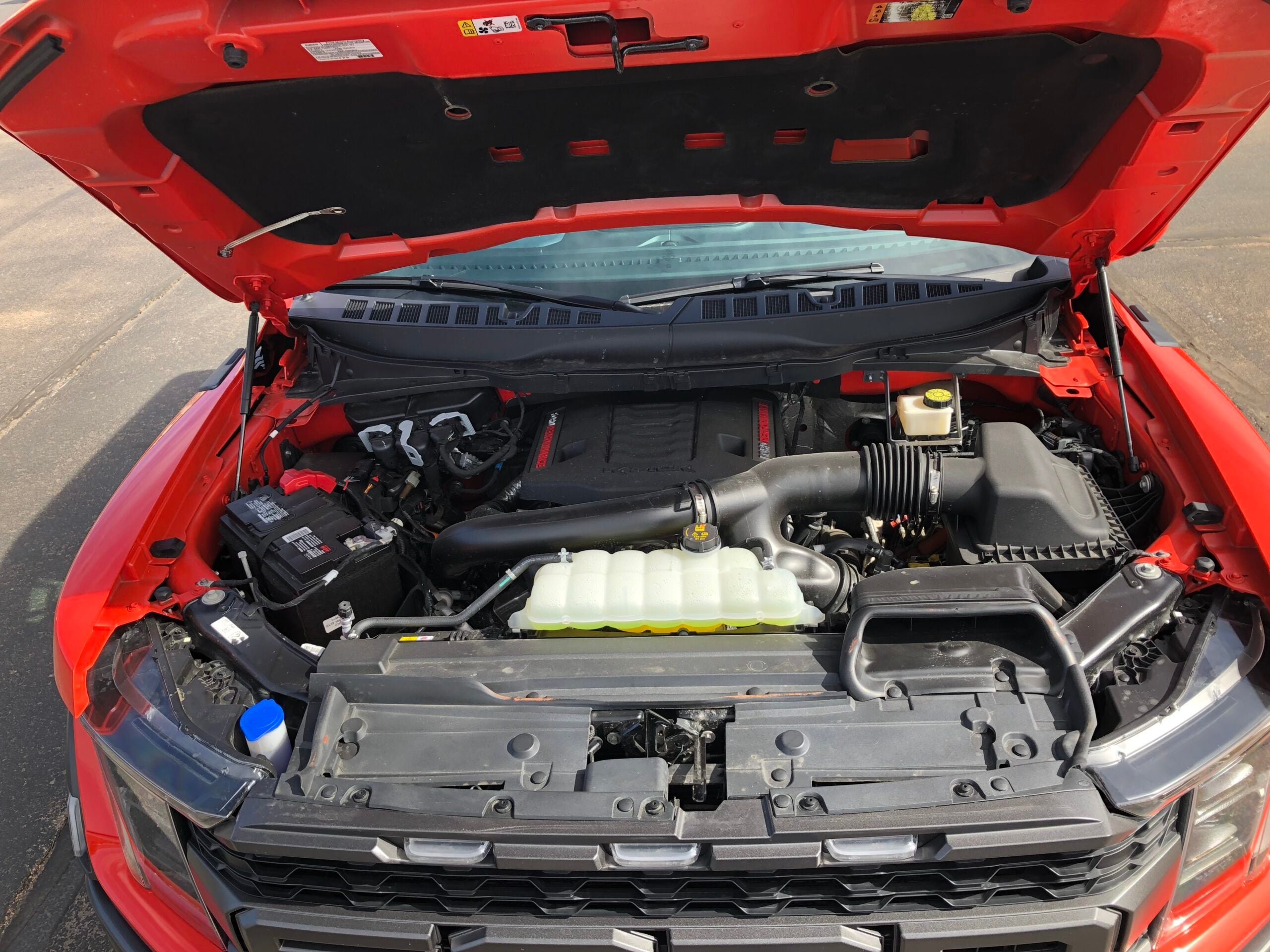 Since its inception, the Ford F-Series has been designed to be a workhorse truck. The F-150 is an American classic, but by 2010, Ford was unhappy with the status quo. Ford was looking to find new ways to help its customers get jobs done faster, better, and more efficiently while incorporating modern technologies and creature comforts into a new design. While its commitment to the ubiquitous F-150 never wavered, the American automaker took the platform next level and introduced the F-150 SVT Raptor, an off-road monster.

Over the past decade, Ford steadily improved the Raptor, dropping “SVT” from the name along the way. With the Raptor now in its third generation, this newest version of the truck stays true to the original SVT concept. Ford’s execution matches off-road capability with more comfort and convenience than any half-ton truck it has ever produced.

The Raptor: A New Concept

The F-150 Raptor is an unexpected evolution of the street truck wars of the 1990s and early 2000s. Developed by Ford’s Special Vehicle’s Team (SVT), the F-150 Raptor betrayed a desire to push the performance truck envelope by developing something new and different. After a decade producing two generations of the F-150 Lightning (decidedly not a work truck), Ford wanted to up its game and create something no other automaker had built before.

The original Raptor looked and performed like a street legal Baja 1000 race truck without sacrificing many creature comforts. It was designed for speed off road, resulting in a wider truck with more power, more torque, more ground clearance, and more suspension travel. While a factory Raptor would need a little tweaking before racing across the desert at scorching speeds, Ford’s first-gen Raptor was an impressive beast that even caught the U.S. Border Patrol’s attention. It was a dedicated off-roader that transformed the modern truck market, forcing Ford’s competitors to play catch up and produce trucks such as the Ram 1500 TRX, Toyota Tundra TRD Pro, and the GMC Sierra AT4X.

First Impressions of the Ford Raptor

Upon first encountering the aggressive third-gen Raptor, I immediately noticed its wide base and boulder-like 37-inch tires, The massive grille and black-out headlights give it a disproportionately sprawling front end which I found off-putting compared to older Raptors. My test truck had a bold orange exterior which contrasted nicely with the black wheels and trim.

Inside, the truck boasted an eye-catching blue interior, an expensive yet refreshing upgrade compared to the more traditional basic black found in most trucks. The cab was quite spacious without feeling cavernous. The seats, leg room, and front head room were more than ample for my 6-foot-plus frame. On the flip side, I was not a fan of the 12-inch touchscreen, although I did appreciate the horizontal orientation as compared to vertical screens found on older vehicles. On the overhead console, the Raptor sported six auxiliary switches which is a very nice touch.

Upon startup, the Raptor inspires a feeling of power, although the twin turbo V6 lacks the rumble of a V8. While younger drivers might not care as much, I found this quite disappointing considering the truck’s eight-cylinder roots. (Thankfully, a V8-powered Raptor R is slated to come out in 2023 but expect a high price tag.) Once I hit the accelerator, however, any tears spilled over Ford’s engine choice cleared up instantly.

Power and Suspension Give Raptor an Edge

Clearly, the Raptor is no ordinary F-150, but it’s fair to ask what makes this Raptor special. While Ford did include plenty of technological and design upgrades to the truck, the engine and shocks make all the difference.

The other major performance improvement are the upgraded Fox shocks. Many off-roaders rely heavily on Fox to provide them with high-end shocks, but the new ones on the Raptor are the result of a unique collaboration between Fox and Ford. The Raptor’s new shocks build on the success of the second gen’s Fox Live Valve suspension system. In short, the new shocks combine off-road racing shocks with truck-mounted sensors and an on-board computer to adjust the truck’s ride based on driver input and terrain changes. It’s a bit complex, but if you want to understand the system better, Fox has both a Live Valve overview as well as a technical breakdown worth checking out.

What the F-150 Raptor Does Right

The third-generation Raptor is an accomplished rig that continues to build upon its reputation.

Where the F-150 Raptor Falls Short

As awe-inspiring as the Raptor is, it does fail to meet expectations in a handful of areas.

Should Hunters and Anglers Buy a Raptor?

While the Raptor certainly has the off-road chops to tackle most trails and dirt roads, its width, low payload and towing ratings, and high price tag are a poor combination for most hunters, making a standard F-150, such as the Tremor, a much better fit. Still, it’s a blast to drive, so if you want a toy that can double as a tool, the Raptor is a fine choice, but it’s not meant to be weighed down by a trailer load of decoys or a bed full of elk meat.

If you decide to pull the trigger on an F-150 Raptor as your next hunting rig, make sure to choose your extras carefully as each add-on chips away at the truck’s already miniscule payload rating. In terms of factory upgrades, I recommend sticking with a spray-in bedliner ($595), TruXedo XLP Soft Roll-up Tonneau Cover ($549), and the Convenience Package ($1,670) with the Tow Technology Package, navigation system, rear under seat folding storage bin, and console-mounted folding work surface. When you are ready to take the plunge, you can start by visiting Ford’s Build & Price page.